Bruno has a new bass transcription out .... the first two pages of The Last Seven Minutes. Bruno has two more pages to do of this transcription, and when he is finished, they will be published here. 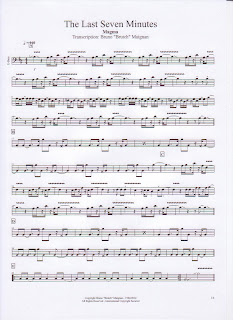 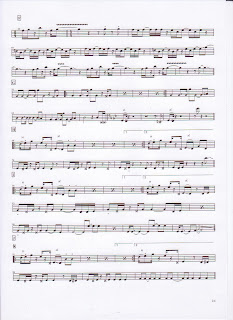 All Clear To Buy Orkestraahl KA

Just got a note from Stella saying that the problems have been solved with the electronic download of Orkestraahl KA, and that everything is good.

Thomas from the avant-prog group on Facebook was wondering if this new digital download platform would allow Seventh to start releasing live concerts. We can only hope so. A lot of the post-1999 Magma shows have been recorded and shared through places like DIME. But there is a big market for the older Magma concerts. Maybe Seventh would consider a test run in order to gauge the demand for these shows.
Posted by marc at 1:25 PM 1 comment:

Several people have reported the the link and/or ZIP file that contains Orkestraahl KA is broken. So, don't buy it until Seventh fixes the problem. One reader reports that he notified Seventh, but they have not responded yet.

When Seventh has fixed the problem, I will let people know.

(Update from multiple people at 2:45 PM EDT,  March 29)
Seventh has been sending out emails telling people that they are aware of the problems, and that they are trying to fix it.

(Update from Francis at 3:35 PM EDT, March 28)
I bought Okkestraahl KA this evening and the zip file contains three mp3 files and one pdf file in my case.
Posted by marc at 1:18 PM 3 comments:

Here is a live video clip of a performance by Francois Thollot's new band, Scherzoo. Francois is a huge Magma fan, and if you like the sound of bands like Zao, then you will enjoy this clip.

Now you too can sing along with Vander. Annoy your wife while you scream in the shower. Scare the dog. Summon the poltergeist.

Now, for a limited time only .... Buy Orkestraahl KA for only 10 Euros.