Neffesh Music was the group that Yochk'o Seffer formed after leaving Zao in 1976. Their album, Ghilgoul, is still one of my favorite discs, and features some driving fusion backed by a string quartet.

Our friend Alain Juliac is starting to dig some of his old photos out from his closet. In addition, Laurent Cokelaere, the bassist, is posting some old promotional photos.

Here are two photos from the 1979 group. The line-up consists of Yochk'o Seffer, Michael Nick, Bülent Atlioglü, and Laurent Cokelaere. I hope that Alain can find some rare recordings and post them on DIME for all of us to hear. 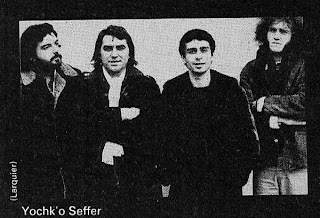 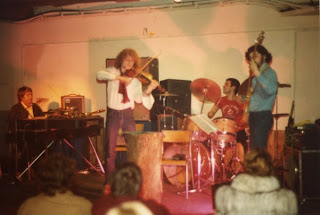