Thanks to Immersteed, and of course, thanks to Erik.

This photo was from the Jannick Top bass clinic in Nice on May 28, 2010. Who is the mysterious Magma fan on the left with the special sunglasses? 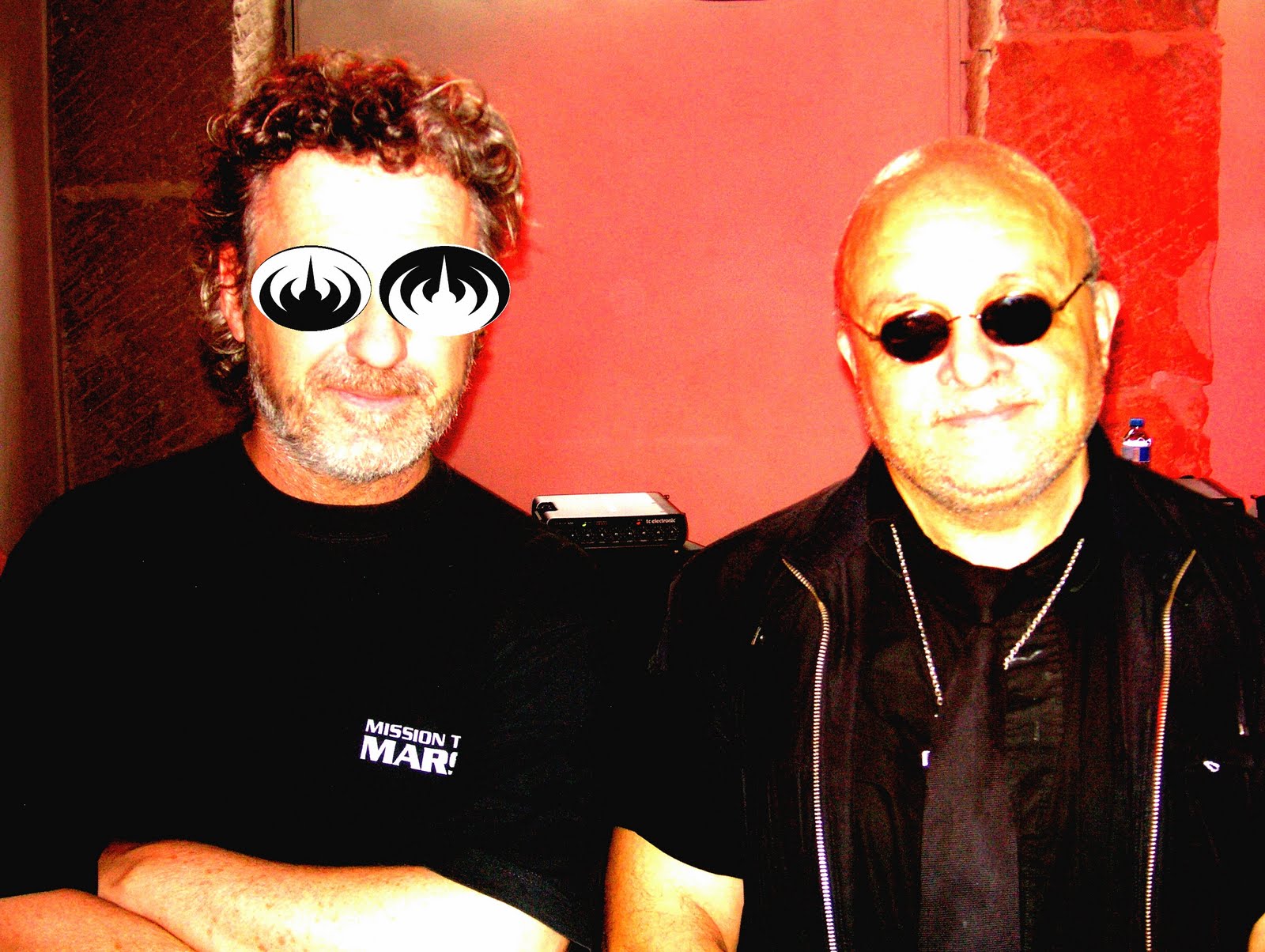 
Thanks to khupje for the link

Our new friend, Rafael Kozub, gave me permission to repost some of the photos from his collection. Rafael also has a website that deals with Eurpoean avant-prog. Thanks Rafael. 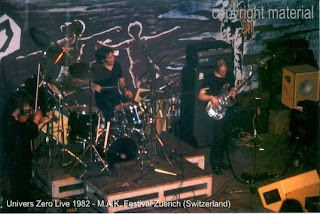 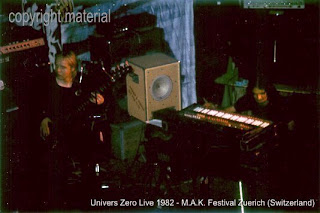 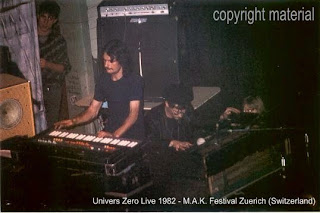 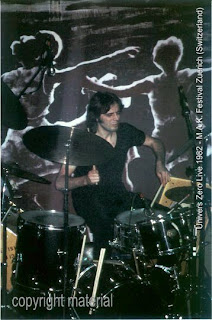 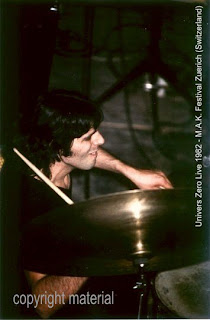 Is the Magma Gig In Washington Still On???

Does anybody know the story behind this gig? Stella? Francis?
Posted by marc at 6:00 AM 4 comments:

Thanks to Akoustikus once more for these scans of an article in Progression Magazine. 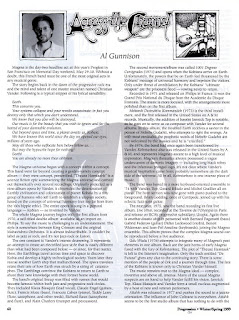 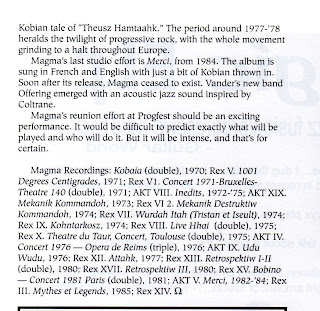 Thanks to Akoustikus again. This is a review of magma BBC 1974 from a magazine called Sea of Tranquility.

Thanks to Akoutikus for this scan.

Program for the 26th Music Meeting

Thanks to the anonymous reader for this.

Wanted - Scans of Articles and Photos from Magma's Netherland Concert

Hupje? Anyone else from The Netherlands? I would love to reprint scans of recent Dutch newspaper articles.
Posted by marc at 10:10 PM 4 comments:

Magma ventured to the Netherlands to play the 26th Music Meeting in Nijmegen. It was the first time that Magma has played a gig in Holland in over 25 years. Word has it that Magma played a one-hour set to an audience comprised of a lot of people who had never heard of Magma before.

They played an abbreviated set consisting of:

A bunch of photos from the trip are posted on Magma's Facebook page.
Posted by marc at 8:49 AM 6 comments:

These concerts all come from the archive of Randy Jones. A long time trader/taper who went by the name Avantprog on this forum, and Malesch on some others. Randy was a good friend, and a true Texas gentleman( despite living in the Northeast for the last decade). Randy and I made regular road trips for concerts, including our annual pilgrimages to Quebec for the Victo fest, to Progday, Nearfest, and many others. Randy passed away on December 26 2009 after a 9 month battle with liver cancer, leaving a wife and two daughters. It was their wish that I have these recordings, with an eye towards saying thank you to the community of music lovers that Randy held dear.

Randy was a Magma fanatic. Myself, less so. There are a big pile of magma discs here, but after going through the botlist and other on-line resources, this was the only/best show that hadn't been previously seeded or banned/released. Apparently there was a 2 night stand in Paris, both of which were filmed, and there exists a sbd of the second night. This tape has some mic knocking/level adjusting at the beginning and end, and quite a bit of room ambience. Sounds excellent though, as if the mics were stand mounted. I didn't do much but retrack, adjust some levels, and create a few fades
Posted by marc at 8:37 PM 1 comment:

A New URL for the French Magma Forum

If you have been unable to access the French Magma forum for the past week, please be aware that they have a new URL.

The former link was http://forum.aceboard.net/?login=24700

Laurent Cokelaere (the bassist) has a photo of a gig on May 15, 2010 where none other than Gerard Bikialo is playing the keyboards. Now if only Laurent can get Gerard to go through his shoeboxes of photos and tapes !!!!

By the way, Kirt Rust, ex-Weijorde, is on the drums.

One of the most amazing album covers is from Thierry's Promethee album on Cryonic.

It is good to reconnect to Thierry after being out of contact since 1984. I hope to see him at RIO 2010 in September. 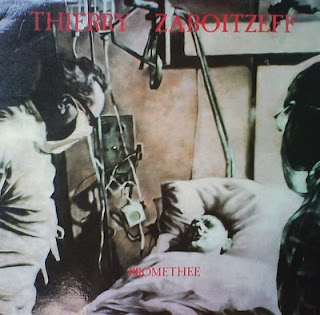 My favorite part of the album is track 13, from the 2:51 mark onwards. It reminds me a bit of one of my favorite Magma tracks, Ork Alarm.

Thanks to Bernard for the pointer to these. 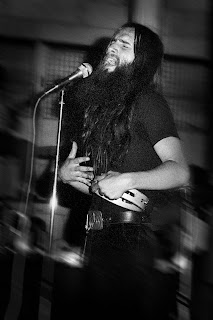 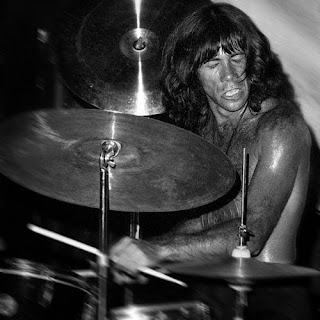 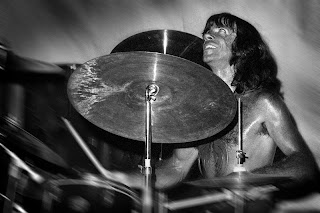 Part 2 of Magma on Tapage Nocturne is Coming Up

The first show gave us a fantastic version of Mekanik Komandoh from 1972 in stellar quality.

I hope that the next show highlights the period from 1973 to 1974, which in my opinion, is the greatest period for the band.

Maybe they will play the recording from Colmar 1974. (I bet that Klaus still has still tape in his attic somewhere...)


[Update - nothing special was played on the show. They opened with a live version of Hhai (probably from the 1975 Olympia live album), then played the BBC 74 version of Kohntarkosz, which was interrupted numerous times with conversation. ]
Posted by marc at 12:34 PM 7 comments:

Thanks to Kohntark for this photo 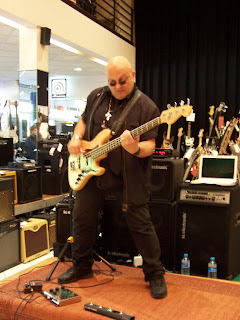 Thanks to our friend Bernard for the pointer to this:

News from Herve from Magma ....

Magma will be playing in Washington, DC on September 26th, 2010, at Le Maison Francaise.

Two nights earlier, they will be playing in Wurzburg, Germany, so I hope that they won't be too jet-lagged.
Posted by marc at 7:39 PM 4 comments: 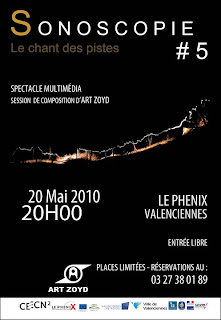 Here is the recording of the 1st of 4 parts of the Magma retrospective on Tapage Nocturne. Thanks to our Uncle for this one. We certainly wouldn't mind an English translation of some of the more interesting bits.

I assume that the recording of MDK is the same version that many people have been sharing for a long time. I hope that this version comes directly from the master tapes. (Update: the sound quality of this is fantastic.)

Thollophonie - Zeuhl or Not Zeuhl

My friend Francois needs this question answered. Is his band Zeuhl? The bassist sounds like he definitely listens to Top.

What is Zeuhl anyway ?