A Weidorje live album, recorded October 14, 1978 at Rombas (Moselle) should appear in 2010 on the Soleil Zeuhl label.

We have an agreement with Bernard Paganotti and Patrick Gauthier, and it is hoped that the tape recorded by Jean Pascal Boffo has not suffered too much from the ravages of time. If so, and after some work on the sound, we should be in for a treat, as Rombas was a great concert and should recall good memories to all who were lucky enough to see them on stage at that time.


Jean-Pascal has a nice 2-track reel-to-reel recording of the concert. Maybe they can get Udi to remaster the tape? 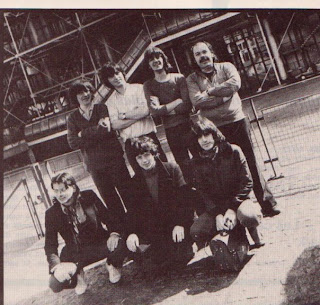