This is a photo that was just posted on the Z&B blog by "Le Grand Scanner", Bruno. This photo is from a book called "Rock'n'Roll - Les 100 Premières Fois" by Laurent Quint, and originally comes from the archives of Michael Ochs.

Most probably, this was a promo photo that was used to promote their concert at Carnegie Hall in July, 1973. 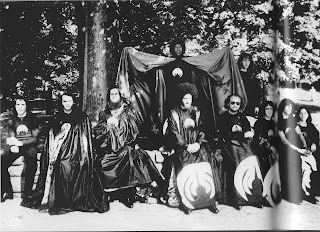