Thanks to Steve Davis for some more tickets to concerts from the mid 1970s.

The first one is from the summer of 1975. The Ork Alarm website has a complete list of Magma gigs from every year, and it seems that in the last two weeks of June 1975, Magma played some festival gigs in France where Hawkwind was the headliner. This ticket does not say anything about which particular gig is was.

The second ticket is from the New Victoria Theatre in London on October 25, 1975. According to the comment on the Ork Alarm site, Vander played a "massive drum kit". Steve also sent along some photos of the gig, and these will be posted in another blog entry.

The third ticket is from the gig on April 13, 1974 from Poitiers. A tape of this concert exists and is floating around the Magma trading circles. 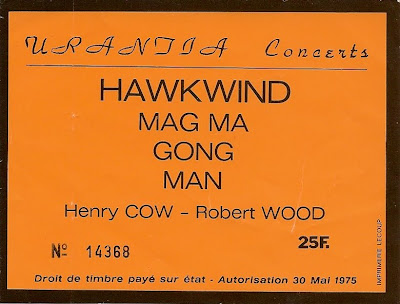 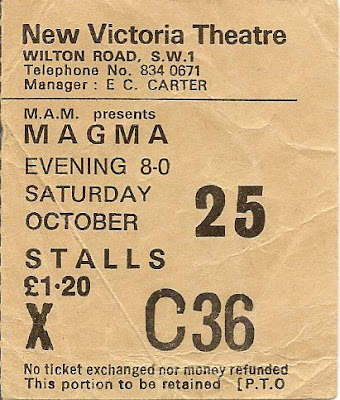 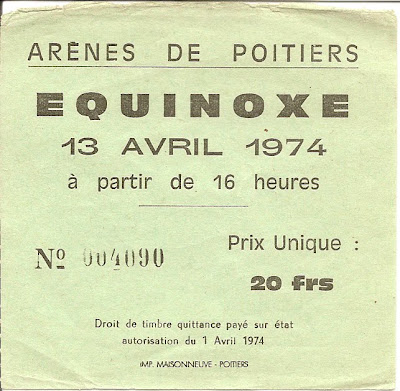